The Importance of Strong Social Skills in Our High Tech World

We all know that in the 21st century, machines and technology have taken over many jobs that people used to do. The use of robots has expanded also. Given this scenario, socioemotional skills—people skills, or the ability to get along well with others—have become increasingly important. How can we help our children develop these “soft skills” that will help them stand out in the workplace and ensure greater job security? Start early! Experts tell us that even in business, in the end, people make decisions based on emotion. And this is where your child can stand out from the crowd: by developing their ability to lead others, inspire and motivate them, and connect with them successfully at an emotional level. It is all well and good to have technological competence, but almost everyone does these days; if our children are unable to persuade and inspire others and lead with their ideas, they are condemned to mediocrity and are vulnerable to possibly losing their jobs to machines or technology.

As the combined forces of artificial intelligence, automation, and globalization impact every job and every field, those who can get along with, connect to, and lead others will absolutely increase their chances for a highly successful career in the workforce.

Along those lines, we know that STEM (science, technology, engineering, math) skills are increasingly emphasized today. But research shows that even if a worker is technically competent and knowledgeable in these areas, lack of good socioemotional skills can get him in trouble on the job or even get him fired. In the end, people hire and retain those whom they like. Poor Social Skills: What are the Consequences?

Despite this reality, employers are increasingly reporting that young people (e.g., adolescents) who interview for jobs have unsatisfactory verbal and nonverbal communication skills. Employers’ concerns during interviews include interviewees’ poor eye contact, lack of ability to listen attentively, limited vocabulary, and poor grammar. Conversely, interviewers are more likely to be favorably impressed with potential employees who smile, make eye contact, and present with attentive posture during interviews. Even if interviewees are technically competent and possess all the job qualifications, they are less likely to be hired than an interviewee with good socioemotional skills.

Today, research has shown that when people interview potential employees for jobs, their competitors have the same technical skills that they do. What it all boils down to in hiring, research tells us, is personality. The labor market rewards people with high social skills. According to one study, between 1980 and 2012, jobs requiring high levels of social interaction grew by nearly 12 percentage points in the U.S. labor force. Math-intensive but less social jobs – including many STEM occupations – shrank by 3.3 percentage points during the same period

Research tells us that even in Europe, the “soft skills gap” has been increasing. The issues are similar to those in North America: employees are having difficulty with issues such as interpersonal skills, teamwork, and a service mindset. Wherever our children end up in the world, it will be very important for them to get along well with their colleagues. 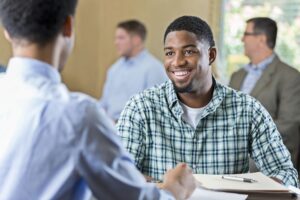 I will give the example of “Shawn”, a candidate we interviewed for a faculty position, who gave a good presentation, and cited many of my own favorite researchers. Their resume was excellent and they had all the qualifications we were looking for. They were highly intelligent and accomplished. But guess what? Both faculty and students found Shawn cold, abrasive, arrogant, and unlikeable. Our faculty vote was a unanimous “no!” Why didn’t Shawn get the position when they had all the technical qualifications? It was simple. We just didn’t like them. Shawn’s social skills lost them the position.

Top Interpersonal Skills that Employers Value–check out this video!

My son Mark struggled with socioemotional skills and social anxiety during his childhood and into middle school. He had dyslexia and this really impacted his self-esteem.  He was something of a loner and an introvert and experienced his share of bullying. He had some difficulty making friends. But gratifyingly, as he has gotten older, socioemotional skills have become a strength for him.

I believe that one thing that helped greatly was acting lessons, which Mark started when he was 10. In acting, a huge key is listening and paying attention to the other person. And you must get out of yourself and get deeply immersed in your character, greatly expanding your ability to think outside your own perspective.

If your child is interested, get them into local theater—even a school play is fine. From personal mom experience, I know you will be gratified to see your child come out of their shell and improve their social skills. Like Mark, they may even end up making some good friends! 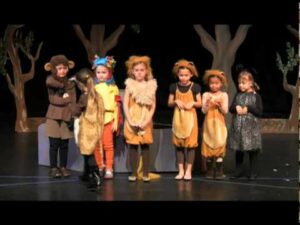